Lezing Looking INTO the city: tracing public spaces through videomaking

During the coming months, Claudia Faraone will be working with students from the department of architecture and urban planning, documenting through short videos the changing use of the ‘public domain’ on and around Campus Sterre. The results will be presented in het STAM in February 2018. In this lecture, she will reflect on the use of the moving image in urban design practices.

Claudia Faraone is an architect (2004, Iuav Venice ), post-graduate at EMU – European Postgraduate masters’ degree in Urbanism (2007, UPC Barcellona, TU Delft e KU Leuven), European PhD in Territorial Policies and Local Project (2011, Urban Studies Department of Roma Tre University, LAA | Laboratoire Architecture Anthropologie of Paris Villette ENSA). Since 2005 she has been acting as a teaching assistant in urban planning & design courses, urban analysis and geography courses at Venice School of Architecture IUAV, Architecture University of Roma Tre, Ghent University, Fondazione Ratti in Como, and as a visiting professor in different workshops and summer schools, among others at Trento University and Venice Biennale. As an architect researching about the city and urban space, she observes how cities transform through, both planned and unplanned processes, recognizing and studying their different “temporalities” in their uses, modes, and cultures of production. She has been studying and describing processes of great urban transformations, such as changing urban territories after natural disasters (Skopje and L’Aquila) or after socio-economic transformations (Veneto region and Rome). Those urban research and design proposals have been shown in exhibitions and published in magazines, catalogues and conference proceedings. Among them L’Aquila’s Post-Quake Landscapes [2009-14] from Monditalia Section of Venice Architecture Biennale 2014. A follow up from this exhibition will be shown in 2018 at La Spezia city museum. 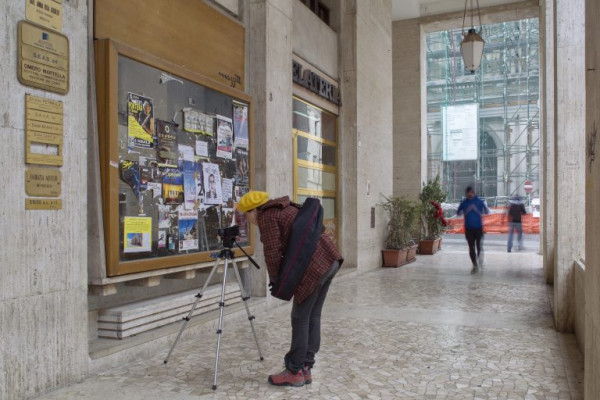